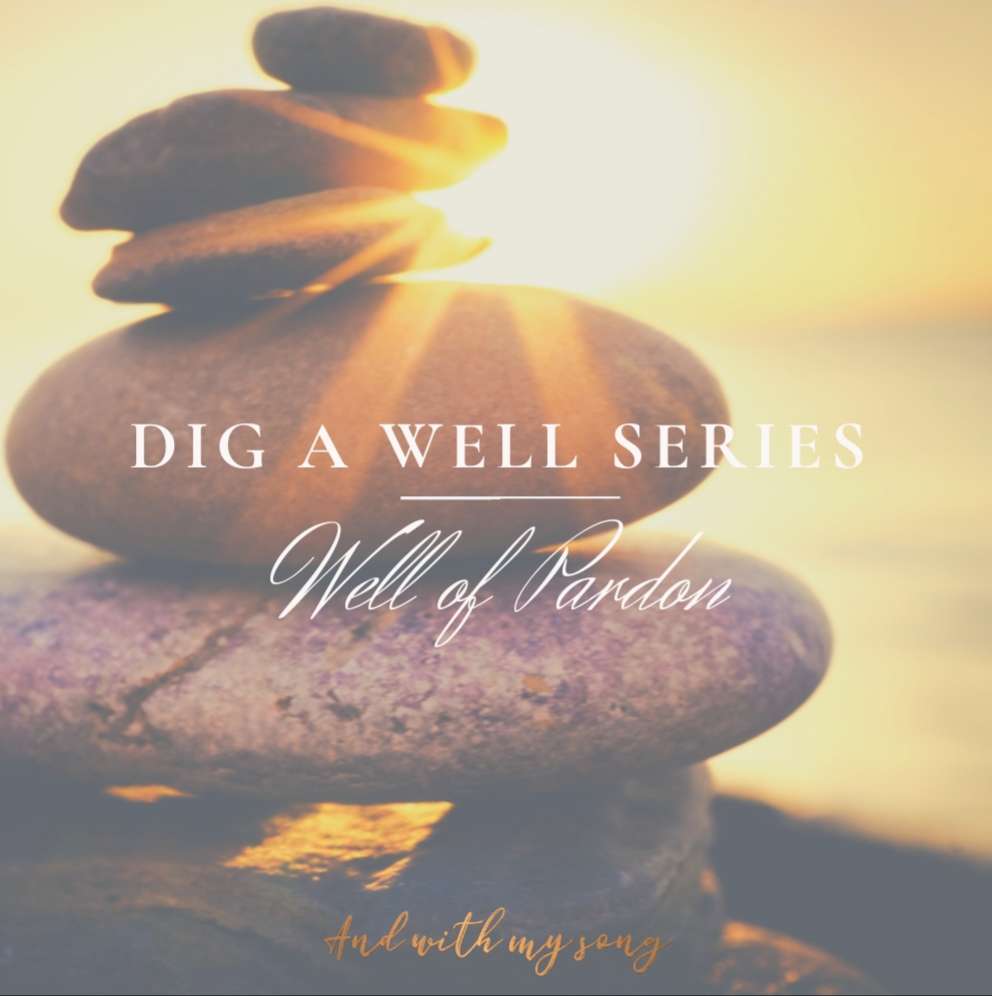 I stand in front of Him with my head bowed low. My heart is bowed even lower from the shame. I can’t bear to look at Him. I don’t know this Man, but I’ve heard of Him. And I know without looking what I’d find in His eyes.

I listen as my accusers tell Him what I’ve done. My face burns. These things shouldn’t be spoken of out loud. Especially not to Him. Not to this man called Jesus.

They say the law demands that I be stoned to death. And then they ask Him what He thinks. I wait for His answer. My heart skips a beat to think that this is where I’ll die.

The dusty ground I’ve been staring at becomes blurred by the tears that I’m unable to stop. But instead of hearing Jesus answer, I’m confused to see Him stooped to the ground, his finger writing something in the sand. He stays there, His finger moving silently across the ground, while my accusers keep asking Him what’s to be done to me. He stands and this time my eyes raise with Him. “He that is without sin among you, let him first cast a stone at her.” Then He stoops down and begins writing on the ground again.

My mind starts spinning. Does He really think these Pharisees, who religiously keep the law, will admit publicly to sin? I was caught in the act. I have no excuse, no where to run and hide. But Jesus knows. He sees it all. My sin and theirs.

I watch in astonishment as stones start falling to the ground, and one by one, my accusers all walk away until no one’s left but me and Jesus.

I watch Him rise slowly. The eyes that I thought would hold reproach and disgust are filled with kindness and compassion. The air that hung heavily with shame and regret is filled with grace. It’s something I’ve never felt before, never experienced. But His next words break more than the silence. They break the chains of my sin filled life. “Woman, where are those thine accusers? hath no man condemned thee?”

All the emotions of my past have swelled to the surface. Worthlessness, pain, and guilt. So much shame. But something different is there. Something those old things can’t stand against. Peace. Mercy. Redemption. Forgiveness. “No man, Lord.”

His eyes seem to penetrate the depths of my soul as He lovingly tells me, “Neither do I condemn thee: go, and sin no more.”

And I did exactly that. I walked away from my encounter with Jesus, leaving my past with the stones lying there in the dust. The dust where Jesus signed my pardon.

I followed this man. I watched Him heal hearts. Redeem souls. He offered everyone what He offered me. Love. Compassion. Mercy. Grace. Forgiveness. Pardon.

And then I watched the same kind of people who condemned me, condemn Him. A cross was His punishment for crimes He hadn’t committed. As He hung there, I knew this was the reason He came. The reason He could offer pardon in the first place. The Guiltless for the guilty. The Sinless for the sinner. I could see His pain. His suffering. The agony of His mangled body hanging on that rough, cruel tree. All so I wouldn’t have to face the penalty of MY sins. That’s what He did for me. What He did for us all.

The driving force of His compassion, His kindness, His overwhelming love for us was knowing that He could make a way for us to escape it. Even while realizing the horror this day would bring.

I wanted to scream, “He doesn’t deserve this, take me!” Didn’t they realize what kind of Man they were crucifying? I couldn’t bear to stay there long. I had to walk away. My weeping couldn’t even be heard above the angry cries of the mob that stood at the foot of Calvary.

Those were some dark days. But you know what? Light always drives the darkness away. Morning came. And Jesus did what He came to do. He arose with new life. Redemption’s plan finished.

You can’t see what I saw when I looked into His face that day as I stood before Him. But you can know it. There’s a well of pardon for every passer-by. You haven’t gone too far that He can’t reach you. You haven’t sinned so much that He won’t forgive. There’s no place, no person that His love can’t redeem.

I’ve stood at the brink of death and sin. What I deserved least was offered to me that day. And it changed my entire life. It can change yours, too.

I am the woman taken in adultery