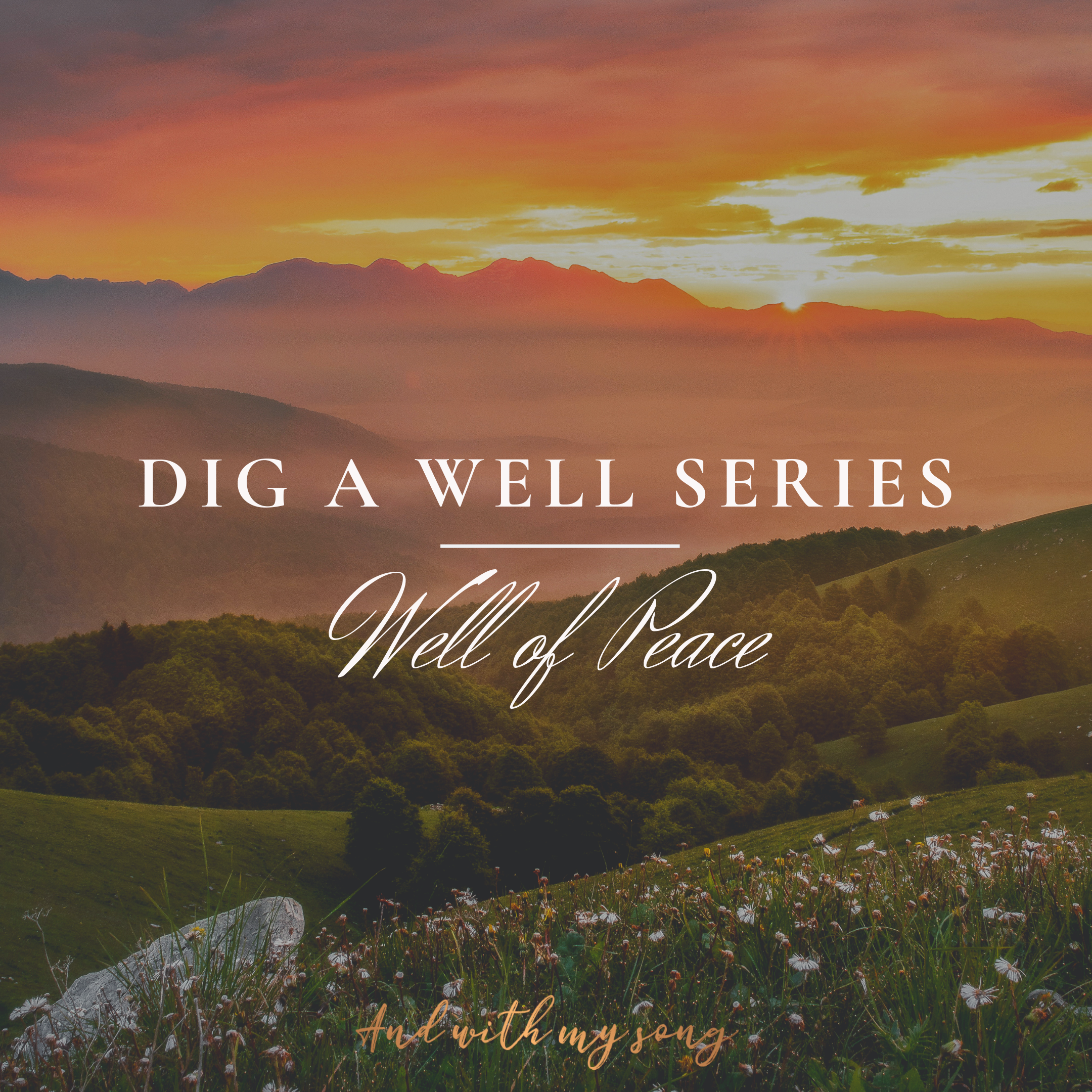 “My child had followed his daddy out to work in the fields that morning as I went about my usual chores for the day. As I was washing dishes, my heart was overflowing with peace. We couldn’t have children, but my husband and I had shown kindness to Elisha. God repayed that kindness in the form of a son. My miracle boy.

Staring out the window, there in the distance, I suddenly saw someone running. As he got closer, I saw that he was holding my precious boy in his arms.

I took my son and held him. I sat him on my lap and rocked his sweet little body. He kept crying and complaining that his head hurt. I didn’t know what to do, but at noon I felt the life leave his body.

I immediately took him up to the room my husband and I had built for Elisha. I laid him on the prophet’s bed and shut the door. I wiped the tears from my eyes and ran back downstairs. I called to my husband and asked him to send a servant to take me to Elisha. He wanted to argue with me, but I stood firm. And as I spoke the words, “It shall be well”, peace once again flooded my heart. I didn’t understand why God would give me a son, only to have that son die now, but beyond the pain, the fear, and the confusion there was peace. Because I knew where to go.

I told the servant to go fast and not to slow down for me. I had to get to the man of God.

While we were still a ways off, I saw Gehazi, Elisha’s servant running toward me. He wanted to know if everything was ok. Was it well with my husband, my child? But I just had to get to the man of God, He would know what to do. He could fix this. No one else. So I answered, but this time with even more confidence, that it was well. My heart was breaking, but it was well.

As we drew close to the man of God, I ran and threw myself down at his feet. He knew before I even said a word, that my soul was in deep distress. I would not leave his presence until he’d done what I wanted. So he followed me home.

I’ll never forget that door closing behind him. But when it opened with the news that my son was alive again, I ran in and bowed myself to the ground in thankfulness for what God had done. This man, Elisha, had restored my son back to life.

Time passed and one day Elisha came back to my house and told me there was going to be a seven year famine. He told me to leave until it was over. So for seven years, I’ve lived among the Philistines. When I came home I found that I had lost everything. And that’s why I’m here today, Oh King, to come and ask you to restore my house and lands back to me. As for what Gehazi speaks of regarding the prophet Elisha, yes it’s true. He raised my son from the dead.”

My eyes have never left the King’s face as I tell him my story. But now as I look at him, I wonder what had made him curious to know more about Elisha’s miracles. I find it almost hard to believe that as I was walking into the palace, Gehazi was telling the King my story. Now that I’ve confirmed Gehazi’s claim that Elisha could and did raise the dead back to life, I hold my breath wondering what the King will do for me. Immediately he appoints an officer to restore everything back- my home, our land, the fruit that would have been yielded in the seven years I’ve been gone.

As I’m making my way back home, I think about peace.

I thought I knew what peace was. I thought it was when you long for children, but are content with what you have.

I thought it was pouring out kindness to someone else and not expecting anything in return.

Or maybe that peace was when what you longed for finally becomes a reality.

But then it fell on a day, that day my son died, that I learned what peace really is.

Peace is not what you feel when everything is right and good. Peace is when your world is shattering, but still you trust.

Peace is knowing that a famine is coming and without hesitation you leave your beloved homeland. Because you trust the man of God.

Peace is dwelling in an unknown land as a pilgrim and stranger, but knowing that there will come a day. A day when you’ll leave this strange place and be home forever.

Peace is finally coming back after seven years to find that you’ve lost everything, but not giving up.

Peace gives you the courage to stand before a King and beg him to restore it all back to you.

Peace is when you find at the exact moment you’ve gained an audience with the King, that someone else is already in there telling the King about you.

Peace is realizing that God weaved the threads of my heartache to intersect with the curiosity of a King to learn more about Elisha at the exact moment I needed it the most.

Yes, that’s peace. It doesn’t erase the heartache, it doesn’t solve the problems. But as my beloved hills come into view, and I see my home in the distance, there’s such sweet peace. Not in knowing that everything would turn out ok, but in trusting that it would. And deep down in the broken and barren places of my heart, it is well.

Sometimes we don’t even realize the importance of our story until we try to tell someone else. So before I reach home, I’m stopping here. I’m going to dig a well so others will hear my story and know. Know that there is peace in the time of trouble. When your soul can’t find comfort or rest anywhere else, you can find peace with the Savior. When you think you’ve lost everything, there is still hope in God. And that even though the world be raging around you, there is peace in the presence of Christ.

I am the woman of Shunem