(I realize that this unnamed lady is mentioned only in parable form. But her story has given me the courage to keep pressing on many, many times. Luke 18:5 “And shall not God avenge his own elect, which cry day and night unto him, though he bear long with them?” In my Bible, I have written above this verse – You are one of His own, Faith. Don’t give up. And so with that in mind, here is a story of perseverance. It could be my own.) 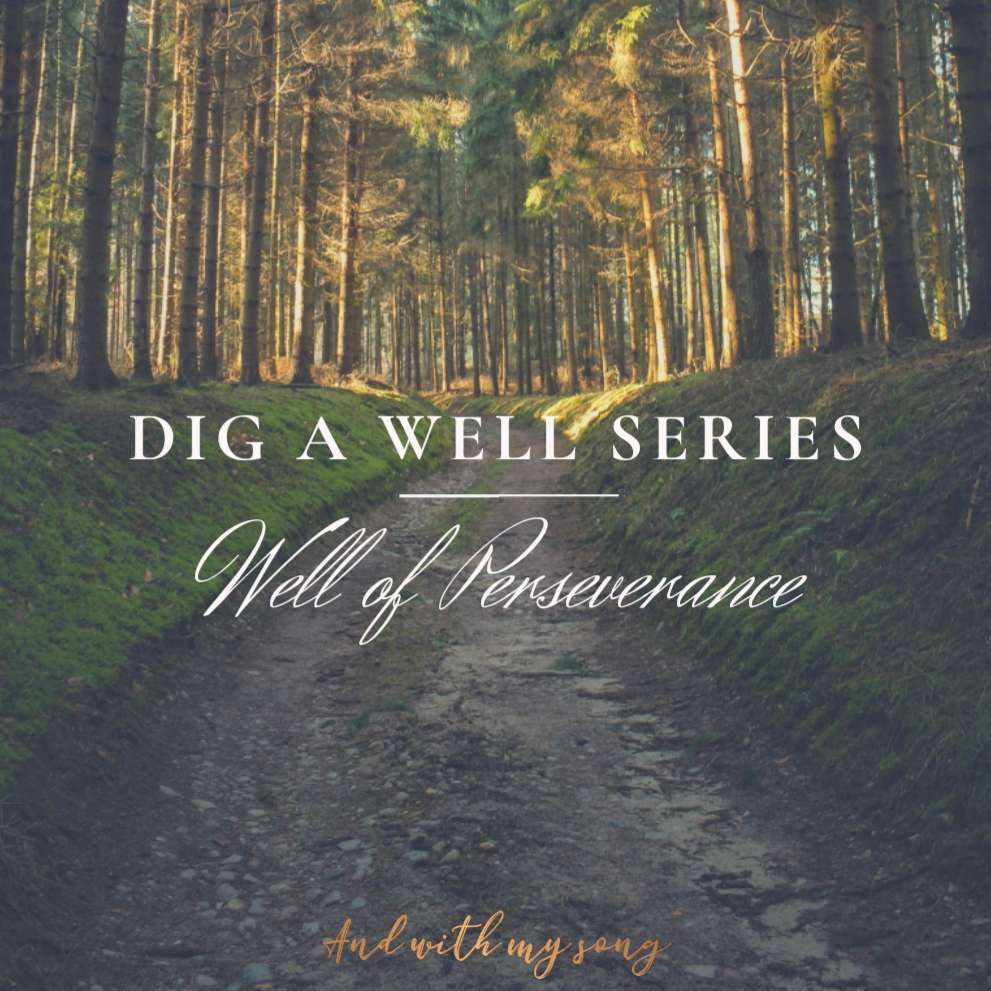 As I stand at the doorway of the courthouse, I almost don’t have the strength to walk in. Again. I can’t bear to hear it one more time. I don’t know if I’ll make it if the answer is still no. Today, the walk down that beaten path from my house into town threatened to be my undoing. Torturous thoughts filled my mind and with every step, I thought of turning around and going right back home. I’ve thought about giving up before, but today; today I was closer than ever.

I’ve asked in so many different ways. In every possible way I can imagine.

My friends think I’m crazy. To keep coming, day after day. He’s said no so many times, this unjust judge. Why would I think that today will be different?

My family can’t bear to see my misery any longer, but they, too, think I should give up. His answer won’t change. No matter how many times I’ve come and begged him to avenge me of my adversary, He refuses.

I should let it go. I should move on. But I feel stuck. As if I’m watching life go on all around me. Without me. If I give up, how will I ever live again?

How long should I persist? What if he keeps saying no? What if I spend the rest of my life, begging him to avenge me….and he never does?

That’s it. This is ridiculous. As I turn and start to run back home, accepting that my fate will never change, one thought stops me. He never has; but what if he does this time?

I raise my face to the sun and close my eyes. I’ve thought about that so many times. What would I do to finally not live day in and day out under this heavy burden? What would it feel like to take a deep breath of relief? To not have to wonder if my life will ever be different, because now it is. I feel the wind blow wisps of hair around my face and I think, that’s what it would feel like. Fresh air. Gentle, soft, hopeful. If I give up now, I’ll never know. He may say no again, but if I never keep asking, if I never keep coming back, the answer will never be yes.

That soft breeze has suddenly blown a dark cloud across the sun. And all of a sudden the air grows colder. It’s as if my adversary can hear my hopeful thoughts and is laughing mockingly at them. Taunting me – “Not today. Not ever. You will never win. There’s no use. Quit trying.” Thick, heavy clouds have formed now. Rain threatens to drench any hope that had quietly started to rise from deep in the recesses of my soul. I catch the eye of someone across the street. I see pity there. They know why I’m here. My case has traveled far. Not because it’s a good one, but rather because it’s been denied so many times. And yet still, I keep asking. I can sense their thoughts and they press down with the multitude of my own. “Just give up. There’s no use. Just give up. There’s no use.” The doubt is so prevalent that my knees start to buckle with the weight of it. I grab hold of the door posts to steady me, but my shoulders have carried this burden for so long that my arms weakly fail me. It’s crushing. This fear of never knowing when, or even if, my request will be granted. Sometimes I struggle to breathe. Sometimes I struggle to live. I feel the raindrops start to pelt my body. I am mentally and physically drained. There is nothing left. My head bows lower than it ever has.

But as I stare at my feet, I realize that I am still standing. Those feet have carried me this far. And that gives me the tiniest bit of strength to stand a little taller. I think about all the time I’ve spent making my way to the judge, day after day. Hopeful as I come, discouraged as I go back. I have each bend in the road, each pebble memorized. And as much as the ‘no’ has hurt, it has made me stronger. More resilient. More able to conquer the disparaging thoughts I’ve had that this will never happen. Today has almost done me in. But I walk through the courthouse with resolve. I will not stop. This means too much to me. It might not make sense to anyone else, but I know what I’m asking. I know the judge has the power to make it happen. And I refuse to give up. As I step in front of him, only one thought forms in my mind. The same thought that is with me every time I stand here. “Maybe this time….”

I could’ve never known that the news that I was coming reached the ear of the judge before I ever made it to the courthouse. I could’ve never known that my persistence wearied him into letting me have my request just so he wouldn’t have to deal with me anymore. “Give in” is not part of my vocabulary, but obviously it is part of the judge’s. Because all of a sudden I hear the word ‘yes’ come out of his mouth and I stand there dumbfounded. It sounds so foreign. You’d think that I would have immediately recognized a different answer other than ‘no’, but it takes me a moment to understand that he has just granted my request.

I calmly walk back outside, but inside I am jumping up and down. I can’t stop the smile that forms across my lips. The laughter that is bubbling to the surface as I make my way down the street. I am not so naive to think that nothing else will ever dim my spirit again. But the perseverance is deeply rooted in my heart now. Because I know what it can do. I walk back down the same path I’ve walked so many times before but this time I see it with new eyes. I see the places that could be holding regret, but instead all I see now is reward. Because I didn’t give up. I decide I’ll build a well here. I know life will hold more disappointments, more heartache, more suffering. I will tread this path again. But this well exchanges disappointments for determination, heartache for hope, and suffering for strength. This well is full of perseverance.

We all walk through difficulty. But only the ones of us who persist in doing something despite the difficulty will ever know the reward of perseverance.

I am the widow ~finally~ avenged by the unjust judge

I’ve put more of myself in this story than any of the others, so for that reason alone, I wanted to share this song I wrote. -FY