Esther is one of my favorite books of the Bible. In my scofield study bible, this is written at the beginning of the book:

“The significance of the Book of Esther is that it testifies to the secret watch care of Jehovah over disbursed Israel. The name of God does not once occur, but in no other book of the Bible is his Providence more conspicuous.”

You know what this tells me? That God works the most when it seems like He isn’t working at all. His secret care. 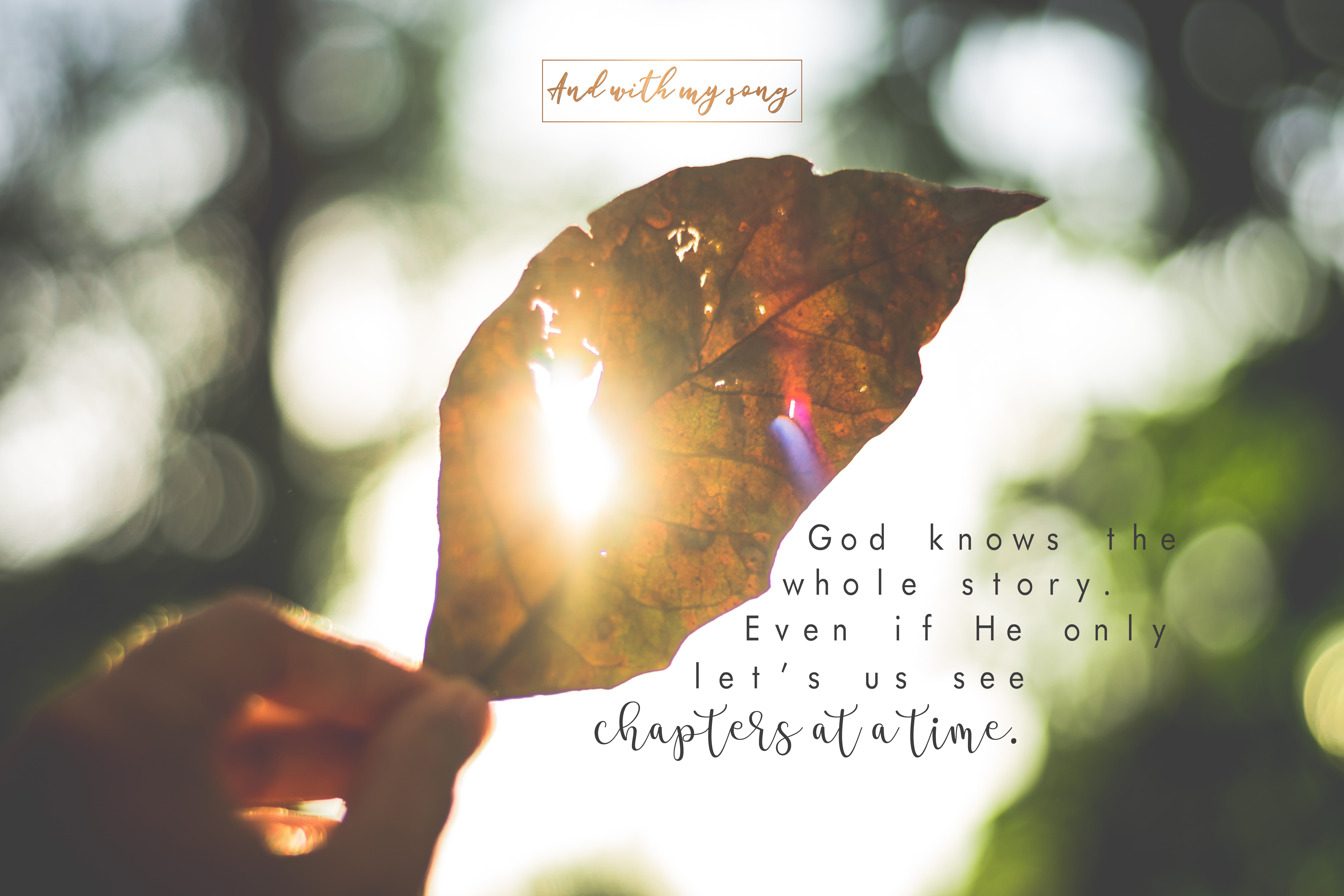 We’ve heard this beautiful story preached and read so many times. But imagine if you had never heard the story. And that you didn’t have a Bible that told you the Providence and Sovereignty of God was evident. What if you only had one chapter at any given time? There wouldn’t be any thing in particular that stood out. In fact, there is just so much in Esther that seems to be pure coincidence. It wouldn’t seem as if God was doing anything. His name is never even mentioned. Perhaps to someone that isn’t familiar with Esther, they wouldn’t even know it’s a bible story.

And yet for the child of God, when the whole story is put together, you can’t help but see God’s hand of grace. His perfect will. The love for His people. The way everything so perfectly works together and for good. God left nothing unfinished. He protected His people. He promoted His servant. Right prevailed over wrong.

Let’s mix up all the events.

The King can’t sleep and commands for the book of records to be brought in and read.

No one knows Esther is a jew.

Vashti disobeys the King and a new queen is made.

Haman conspires against Mordecai to kill him and all the Jews.

Esther and her people fast and pray.

The King decides to repay Mordecai for saving his life and seeks to ask someone what to do. None other than Haman is in his court. So he asks him what should be done to the man whom the King seeks to honor. Haman arrogantly thinks the King is talking about him and answers what he would like to be done.

Esther courageously petitions the King for her people.

Mordecai is exalted by Haman with the things Haman thought he was getting for himself.

The Jews are saved.

Esther finds favor with the King.

Each event of the story, if taken apart, would seem insignificant.

Then Mordecai commanded to answer Esther, Think not with thyself that thou shalt escape in the king’s house, more than all the Jews. For if thou altogether holdest thy peace at this time, then shall there enlargement and deliverance arise to the Jews from another place; but thou and thy father’s house shall be destroyed: and who knoweth whether thou art come to the kingdom for such a time as this? Esther 4:13-14

For such a time as this…

Now, what if you took all those events and put them in order? But you could only read one chapter at a time. You don’t know what’s going to happen, what’s coming next, or when. And if God’s name is never mentioned, you have no hope that He is going to fix it. And without the whole story, it doesn’t even seem that God is anywhere around.

But Mordecai didn’t know anything of how the story would unfold. Neither did Esther. But look at what they did. How they trusted God. How they chose to believe that God had brought them to this place for such a time as this.

We do have the whole story. And I don’t know about you, but even after reading this account and all the other ones in God’s word, how can I still doubt? How can I not just trust that this chapter in my life is still part of my whole story? It hasn’t been ripped from my book and forgotten.

It isn’t always evident what God is doing or even that He’s doing anything at all. But I don’t have the whole story. Just chapters at a time. Some seem insignificant. Some don’t make sense. Some are scary. Some fill me with pain. Some leave me wondering where God really is. I’ve thought a lot about trust. How do you trust? It’s hard. Someone told me trust is choosing faith over facts. The fact is, God’s name can’t be found in Esther. But faith can see Him. Today, lets CHOOSE to just trust Him. Because He knows the whole story.

Even if He only lets us see a chapter at a time.

I wrote this song 3 years ago. It’s not about Esther but about how Isaac followed Abraham, not knowing where he was going or exactly what was going on. What trust Isaac had in his father! Enough trust that even if he had to be the sacrifice, it was going to be ok. I want that kind of trust in my Heavenly Father.

And He’s never failed me.

“I don’t know where this journey ends, the path is steep it curves and bends. I don’t understand where the Father’s leading me. But I can trust that He knows best and on this altar I will rest in the promise that the Lord will meet my need. Even if the sacrifice is me.”

Before the storm is through