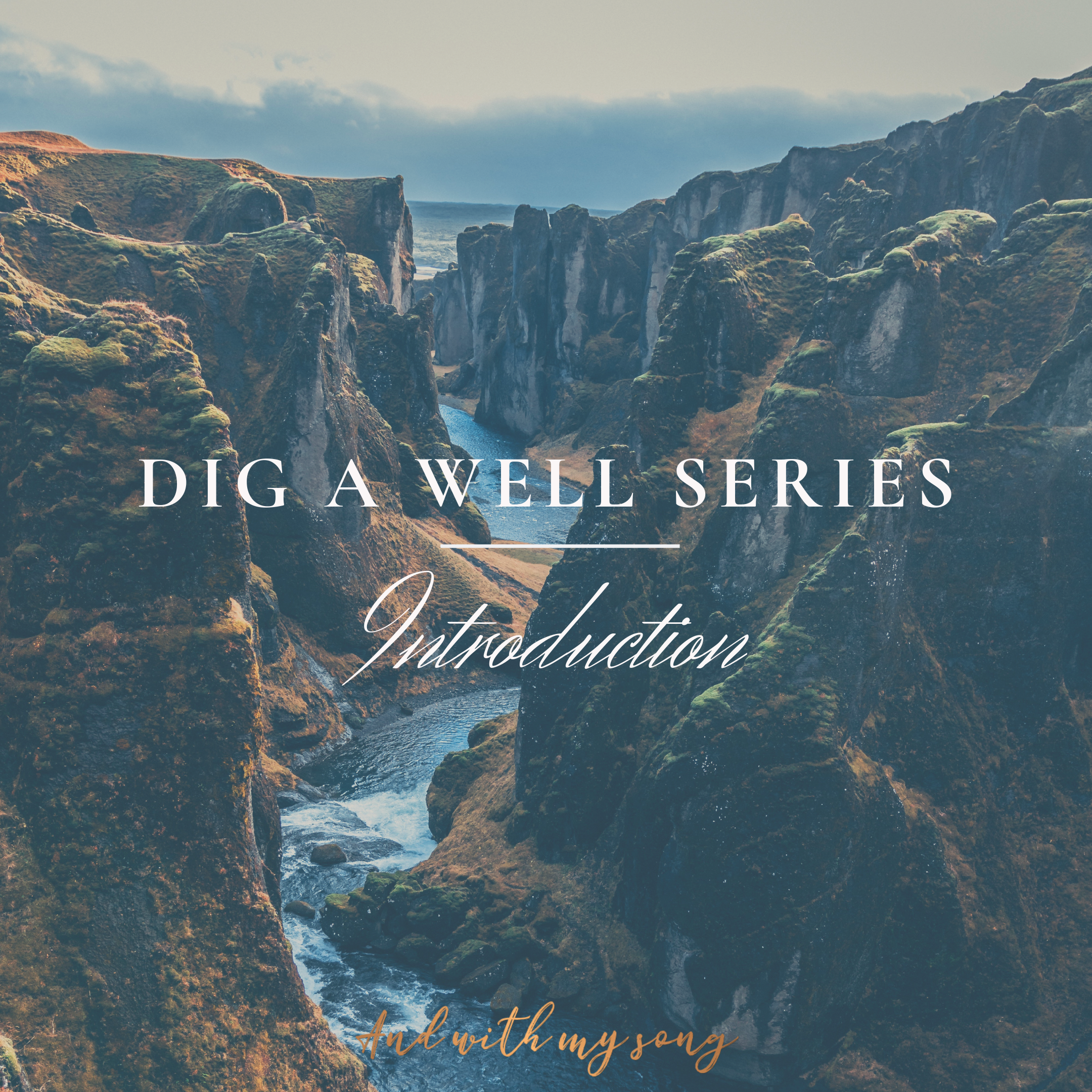 I’m excited to share this new series with you! I was reading in Psalms 84 earlier this week and some verses really stood out to me.

Blessed is the man whose strength is in thee; in whose heart are the ways of them. Who passing through Baca make it a well; the rain also filleth the pools.

This is the only place the word “Baca” is used. It means “valley of weeping”. After trying to find more about it, I realized there wasn’t much to go on. The best I can tell in the psalmist’s day, Baca was a long, waterless, often difficult valley that pilgrims would have to travel through on their way to worship in Jerusalem. The thought here is that the journey may be difficult. But those who dig deep and find their strength in the Lord should make a well there in the valley, so other travellers can stop and be refreshed because of someone who had walked before them. I don’t know how many times someone has told me that what I’m going through might not even be for me. It might be for someone else. And many times, I’ve selfishly thought how unfair that is. I don’t want to experience difficulty for the sake of someone else. And once again it all comes back around to this- that’s what Jesus did. He suffered for my sake.

Dig a well. Dig it deep for someone else. – Vance Havner

And I started thinking about all the people in the Bible who have dug a well for me. There’s so many. But then the Lord brought to mind all the ones whose names are never even mentioned. And you know? That spoke to my heart. God will sometimes make your story big, make your name known. Ruth, Rahab, Esther, Mary, Martha, Mary Magdalene….But sometimes, He just uses your story. It may seem small and insignificant to some, but it has purpose. And these unnamed women were used to help me, here and now. People that get upset because God uses someone else in a different way than how He’s using them, don’t really care about God getting the glory. Because what does it matter how He does it as long as HE gets the glory? The named and unnamed all make up the Bible. If you’ll allow me to get a little creative, I’d like to tell you their stories, while still keeping everything in context. And I hope that you can draw from their wells. And find the grace that was sufficient for them, will be sufficient for you. Because if Jesus is your Savior, those wells never run dry.