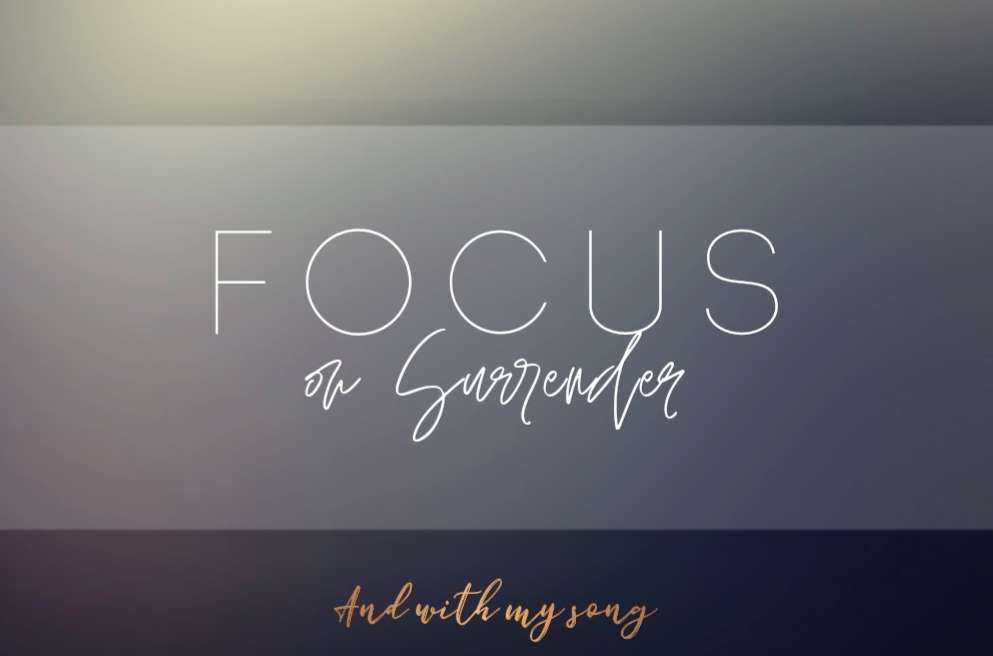 “…neither will I offer burnt offerings unto the Lord my God of that which doth cost me nothing.” II Samuel 24:24

We know the sacrifice it takes to surrender. But all through the Bible, we see what God did when people surrendered their all to Him. The miracles He worked. Queen Esther. Gideon’s army of 300 men up against an enemy that was in multitude as grasshoppers with camels in number as the sands of the sea. The woman who gave Jesus her all in the form of a broken alabaster box, facing ridicule and embarrassment. Peter water-walking with Jesus. Paul and Silas locked up in a jail cell; beaten, bruised, broken. But still praising. Just to name a few….

There’s one person though, that I’ve never thought much about his sacrifice. Until week or so ago.

I have a child who loves to eat. It’s kind of become a joke at our house that he is the food police. He makes sure everyone has the same amount and if anyone were to have left overs, he is the first to ask for them. He loves to be in the kitchen while I’m cooking, as long as it’s something he likes. His whole day can be made or broken depending on what we have for supper. (Obviously, this could cause problems later and we are trying to work on this.) But God made him that way. It will be something he has to be careful with and not go overboard with, but who knows how God might could use his love for food?

Because I see him in the little boy that gave his lunch to Jesus. I haven’t ever thought that it’d be much of a sacrifice really. Until I wondered if he might not have been a little like Noah.

I can see him that morning, coming into the kitchen. Asking his mama to make him a lunch. “You haven’t even eaten your breakfast and you are already thinking about lunch???” Oh, those exact words have come out of my mouth so many times. But yes. I’m sure he had plans for the day and who knows but what those plans might have kept him out past lunch time? And he knew he didn’t want to go without food. So, like Noah, he was prepared. I can see him watching his mama put those 5 little loaves and 2 fishes in his lunch basket. Just rubbing his hands together in anticipation; “Boy, I’m gonna eat good for lunch today!”

I don’t know how, but somehow he was in the crowd, listening to Jesus. And it was so interesting, that he sat there for hours. I can imagine it getting close to lunch time, and his mouth starts watering, just thinking about his lunch. Jesus finishes, people start to move around, and through the crowd this boy sees Jesus’s disciples asking if anyone has any food. They’ve come to the desert and everyone is incredibly hungry.

If you read all 4 gospels, it appears that no one else brought a lunch. Maybe no one expected to meet Jesus and stay with him for the better part of the day. Maybe no one else thought about lunch while they were eating breakfast.

But maybe Jesus had made another little boy like Noah. One who thought ahead about what he was going to eat. One who made sure he wasn’t ever going to go hungry, not if he could help it.

I wonder if in the moment right before he surrendered his lunch, if he had the thought, “But what if I give it all to Jesus….and I go hungry? What if I don’t get back as much as what I brought?” I wonder if he maybe had a little bit of food police in him, too? And for the first time, I see his sacrifice. Somehow, what that little boy had heard from Jesus that day, was enough to override his hunger. Override his fear that he would be left with a meager amount. And he gave it all to Jesus.

I have been in the place of complete surrender. And as I’ve grown older, the sacrifice seems to cost more. I can hear Jesus calling me. I can see His hands open to receive everything I have; everything I am. In fact, I know what He can do.

Esther lost her parents, but everything that happened in her life prepared her to come before the King to plead with him for her people. God’s people.

Gideon’s army got whittled down to an impossibly low number. And then got told that instead of swords and shields, their weapons were trumpets and pitchers with lamps inside. All so God could show His power.

The sinner woman who wasn’t even thought worthy enough to be in Jesus’s presence, much less at His feet in worship, is the very model of worship that God gave to us. The Bible holds a memorial to her because she gave Him the most precious thing she had.

Peter had to sacrifice a lot of fear to get out of the boat to walk on water. But he showed every single other person in that boat, that they could have WALKED ON WATER, too. They weren’t willing to risk it, though.

Christ used Paul and Silas’s suffering to bring souls to salvation. The very jailor who had seen the agony of their beating, saw the worship in their praise.

Yet here I am. Sitting on a church bench, listening to a man of God preach his heart out on “How to Get the Fire to Fall”. I sit there, excitedly writing his points in my notebook, thanking God that this is exactly what we need. What we’ve prayed for. I want the fire to fall in my life. Until he gets to his second point. And how else do we get the fire to fall on our life if our sacrifice hasn’t been placed on the altar? What is there for God to consume? And I sit, holding onto my lunch. Scared I might go hungry. Scared I might not have enough left. I’ve been here before. The cost of the last sacrifice is still fresh in my mind. It was too much! But still He calls. He waits, knowing that my surrender means more than if He were to force me to give Him all.

If I could just be like that little boy. He had no idea what God would do. But if I could just push past my fear and hand it all over to the Lord, it wouldn’t take long for me to see God multiply the little I give Him and use it to feed thousands and thousands of people. I believe that little boy had so much food given back to him, he couldn’t even eat one more bite. The bible says they ate until they were filled. And there were 12 basket fulls leftover. I believe Jesus knew that little boy would be there, I believe He made Him for that moment, I believe He knew exactly how hungry the boy would be and he figured that in before he ever multiplied the loaves and fishes. I believe Jesus was His own food police and that He marked exactly how much food He was going to give that little boy.

Because Jesus doesn’t just ask us to give Him everything and not have a plan in mind. He made us for such moments as the ones He’s prepared to use us in. He makes us weak so He can be mighty through us. He uses our brokenness to show the world what He can do with nothing. He wants us to walk on water. He loves when our prisons echo with praises lifted to Him.

He used an orphan, a pitcher, a broken box, a sinking Christian, a song at midnight. And one little boy’s voracious appetite.

Such little things. Such a big God.

We might not have much, but when surrendered to His capable hands, even a little boy’s love for food can be used to perform a miracle. Nothing is too small, too insignificant, too unusual for Him to use. He can take even a little lump of clay, and mold it into the likeness of the Creator of the universe.