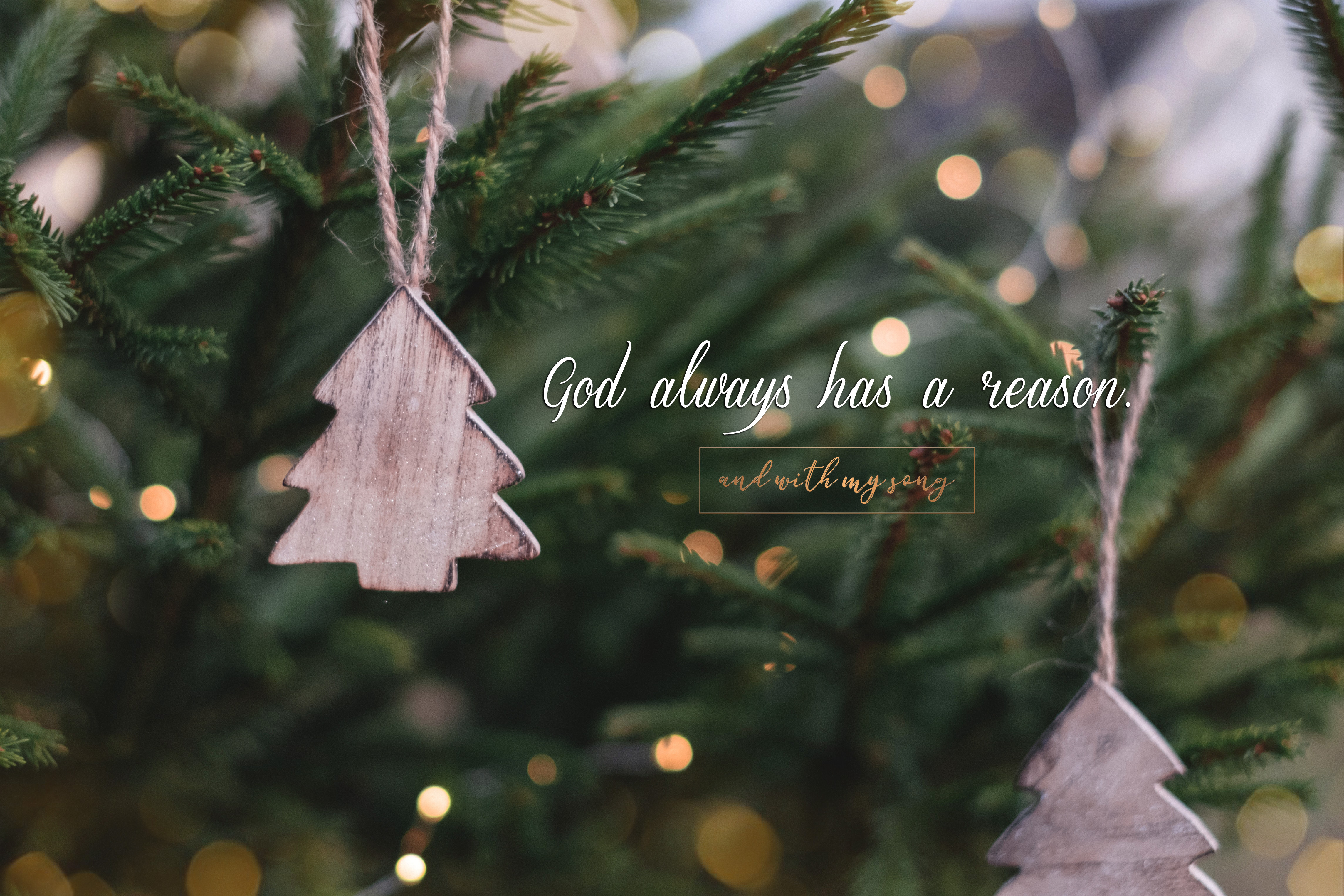 Why did Jesus come as a baby?

Why a stable and some shepherds?

There are as many answers to the “why’s” as there are questions. But the following is just one person’s thoughts. Maybe they will provoke your own.

Nothing about the Christmas story makes any sense from a world view. But God had a reason.

Jesus came as a baby so He could could grow up and live a sinless life. It’s one thing to say you have no sin, it’s another thing to live where people can actually witness it. Besides that, he accomplished so much between the ages of 12-33 years. He taught, He healed, He forgave, He loved. He showed us compassion and that even as God, He had the right to condemn but still chose grace. If He’d came as a man, ready to be crucified, we would’ve missed so much. But coming as a baby, God showed us there’s a lot to learn, a lot to tell others, and a lot to DO while we’re waiting.

Out of all the people to choose from, why Mary & Joseph? He showed us that He can use anyone, as long as they are clean and willing. He showed us through Mary, a person willing to be criticized, shamed and even put to death, all to serve her Savior. He showed us He can work His miraculous power through a humble vessel. He showed us trust and grace through Joseph. Joseph, who had the power to destroy Mary’s life for what it “seemed” she had done wrong, instead chose to love her and believe God. Regardless of what others might have thought. God can use the lowliest of occupations, the smallest of people, under the most dire of circumstances to show His love to the world.

Why Bethlehem and a stable and some shepherds? There was a place just outside of Bethlehem city, but still within the region commonly known as Bethlehem, where Passover lambs were kept by specially trained and purified shepherds. The lambs were born in this “tower of the flock” known as Migdal Eder under the watchful eye of the shepherds who would then inspect and either certify them for use as sacrifices in the temple or designate them to be released for common use. The new lambs would, according to some sources, even be wrapped in special swaddling clothes once certified. This places Jesus’ birth in the traditional location for Passover lambs to be born. Fitting, since He became the Passover Lamb of God who took away the sins of the world. Second, it explains how the shepherds knew where to go to find the newborn babe — and why it being wrapped in swaddling clothes would be significant clue. Finally, it explains why those shepherds were notified as it was their holy calling to certify Passover lambs upon birth. (You can google Migdal Eder to read more about this. It’s fascinating.) All of this had been prophesied. The timing had to be just right for Mary & Joseph’s trip to Bethlehem. But God was in the details and He fulfilled the prophecy. Because He’s God. He’s faithful. And what He says WILL come to pass. The long awaited King finally came, born of a virgin, in Bethlehem, announced by angels to some shepherds watching over their flocks. He showed us that because He kept His promise to come the first time, we can trust His promise of a second return. One even more glorious and triumphant than the first. What a day that will be!!

I don’t know what Mary & Joseph were thinking as they made that long journey to Bethlehem. But I’ve been a first time, expectant mother. And I’ve seen a first time, expectant Father. I almost think that maybe there was an indescribable peace, a calm trusting that God would provide. But I also know they were still human. I, as a mother, would be worried that night was coming. Would my baby be warm enough, would there be a clean, safe place to have Him? Would my husband know what to do? Would we find a mid-wife to help us? Would there be enough light to shine in the darkness so we would be able to see what needed to be done? But you know what God showed us? That even in the stillest, darkest night, miracles are born. Light shines the brightest in the darkness.

There would be a lot of dark days to follow that holy birth. A dark day would come in Gethsemane. Darkness would fall again at Calvary. And hopelessness and gloom would settle in as a stone was rolled over that cold, dark grave.

But in the midst of all that, there was joy. Joy in a newborn’s cry. A Savior had come! Joy, despite the pain in the garden, when that Savior saw US! Joy despite the sorrow in Heaven and on Earth as that spotless Lamb was lifted high on Calvary. Joy, because it pleased the Father to bruise Him. Joy, in an empty tomb because satan didn’t win and death couldn’t defeat our risen Lord.

The things I have written here, don’t even scratch the surface. But the God Who planned all the details of redemption’s story, is in charge of MY story. YOUR story. And He has proven that He always has a reason.

That’s something to be joyful over, at this Christmas season and all year round.

“And we know that all things work together for good to them that love God, to them who are the called according to his purpose.” Romans 8:28

“Thanks be unto God for his unspeakable gift.” II Corinthians 9:15

Thank you to all my faithful readers. I hope you and your family have a wonderful Christmas and that this post reminds you why we have reason to celebrate.

Until next year, I’ll leave you with a song:

He doesn't have to make His presence known.